Here you can read about Deuter Futura Air Trek and Deuter Futura Vario differences. Although the packs look almost the same, there are some small unsubstantial details where they differ. 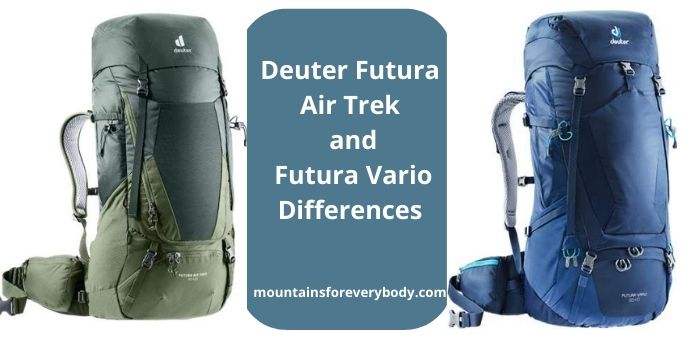 Is Deuter going to discontinue the Futura Vario Series?

If you follow the situation in the backpacks industry, then you probably know that several years ago Deuter terminated their Deuter Futura Vario 60 + 10 pack. This was surprising because, in my view, this was the best pack they have ever built. Perhaps this is just that they did not have the market for that particular size, we shall never know.

But they have launched a completely new series for the season 2021 under the name Deuter Futura Air Trek. There are four packs here and they are almost completely the same as the Futura Vario series. It is still ‘almost’ as I said, so here are a few minor differences I noticed in the new Futura Air Trek packs:

See also the weight as an example:

Based on all this, it seems to me that they are going to completely discontinue the Futura Vario series. Otherwise, I am not able to understand the purpose of this series with the new name but with almost the same basic features. It would be great to hear what you think, there is a comment box below.