Korean President mountain climber, this was a surprising news in the media today. The president Kim Jong-Un  climbed Mt Paektu, a 2.750 meters high volcanic mountain. Yes, you are reading correctly, here is the photo apparently confirming he was on the summit:

I wonder what you think about how the president is dressed for this occasion and environment. I think his advisers should be fired for risking his life with such inadequate clothes. Just look below what kind of shoes they suggested him to use, though they are in a great state after the climb: 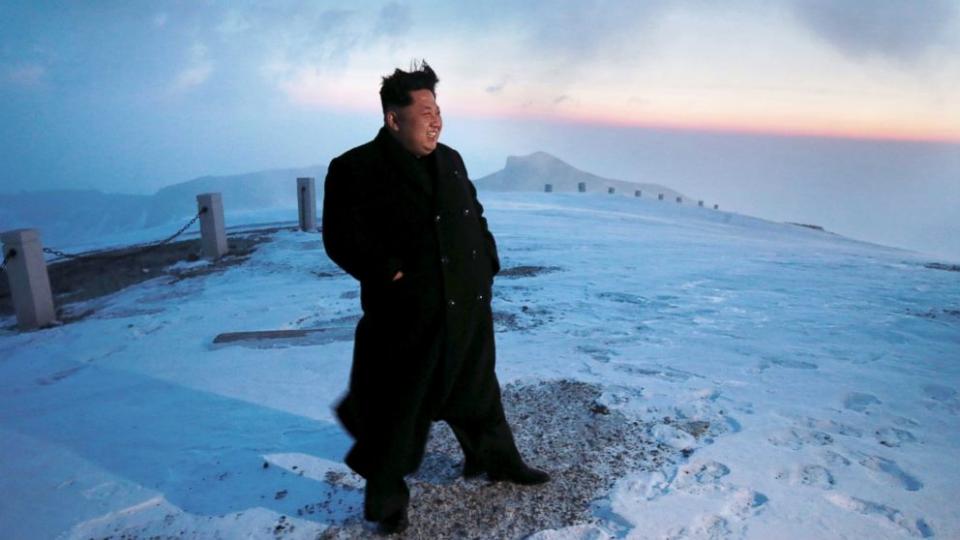 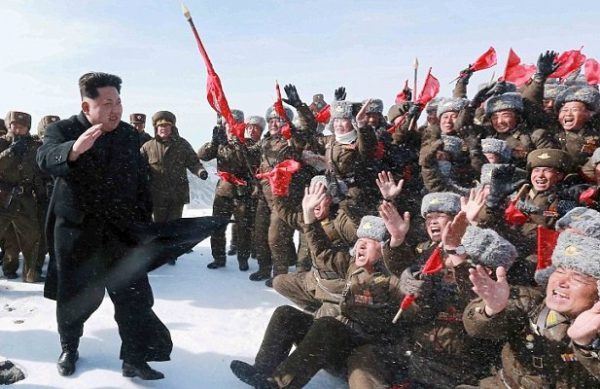 And if you feel that something is missing here, you might be right. See for example below how Reinhold Messner, the greatest climber of all times, looked like when he was going into mountains for climbing:

Indeed, he (I mean Messner of course) was famous for introducing Alpine style of climbing into Himalaya, and the meaning of this could be summarized in just 4 words: carry your stuff yourself. From the photo of the president Kim Jong-Un it is not clear if he had any stuff and equipment at all, and who was taking care about it.

The story about Kim Jong-Un’s climbing achievement says that he did it accompanied with ‘hundreds of fighter pilots as well as top army and party officials.’ So perhaps this explains the issue of who was carrying his stuff. So it was not Messner’s Alpine style after all.

This reminds me about my first ascent to Triglav long ago (in fact 27 years ago). I spent the night in the Kredarica hut. I arrived there very late from Vrata valley, after 10 pm, and did not see anything in the dark around the hut. The climb to this point, which is around 2500 m above the sea level, is hard. Those who have been there know this only too well.

In the morning I was about to continue to the summit. So, I was in the toilet washing hands when I realized that the person next to me, doing the same, was nobody else than the commander-in-chief of the Yugoslavian army, the four-stars general Cedomir Mirkovic. Though he was in an ordinary civil suit, elegant red pullover, etc. We even exchanged a few words about the ice-cold water in the toilet.

I knew the man from the media of course, but until that moment I did not have any particular opinion about him. It was also just after my compulsory military service, so I still felt a bit about him as about my commander-in-chief.  So what to say, I was deeply impressed and delighted to see him there. Climbing Triglav, the highest spot of former Yugoslavia, is a great challenge for anybody. This is a hard Alpine environment. I should stress, nowadays the mountain is in fact in Slovenia. And no, it did not move, and again no, I have not been drinking while writing these lines, as you might think. It is just that Yugoslavia disappeared, disintegrated, vanished.

Anyhow, in that moment my general earned a great respect from me. But unfortunately this did not last long. When I was out of the building, to my disappointment, I saw an army helicopter parked behind. That much about the general’s climbing to the hut.

Later, I was about half-way up to the summit when I heard the noise, and the helicopter started moving up. Very soon it was hovering above the summit. This was the general’s way of ‘climbing’ the highest point of his country.

I must say, it appears that the Korean President at least did not use a helicopter (or to be precise, perhaps he did not use it on his way up). So, assuming that the story is accurate and that he did not just step out of a helicopter for a quick photo-shooting session (yes, helicopters do go to such altitudes, I saw this in the case of my general, and no, he would not do this, wouldn’t he), he deserves my full respect for his achievement.

Please leave your comments and questions in the box below, I shall be happy to read them.

Here is a piece of music with a great title ‘Climb Every Mountain’, conveniently performed by a Korean soprano singer: